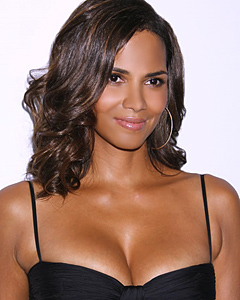 Halle first came into the spotlight at 17 years old when she won the Miss Teen All-American Pageant, representing the state of Ohio in 1985 and, a year later in 1986, when she was the first runner-up in the Miss USA Pageant. After participating in the pageant, Halle became a model.

Halle was voted the 10th Sexiest Female Movie Star in the Australian Empire Magazine September 2002 and voted as #7 on the "Top 100 Sexiest Women 2004" in FHM.