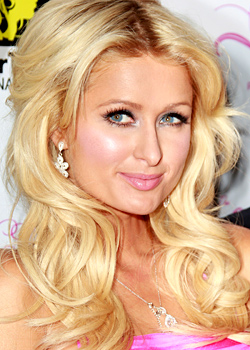 Paris Hilton was born on February 17, 1981 in New York City into the Hilton family and, along with her three younger siblings, is heir-apparent to the vast Hilton hotel and real estate dynasty. Her childhood was spent in palatial dwellings in the priciest neighborhoods on both coasts and featured a brief flirtation with the educational system, including high schooling at the ultra-exclusive Dwight School, from which she dropped out and ultimately earned her high school GED.

Hilton is best known for her controversial appearance in a sex tape in 2003, and appearance on the television series The Simple Life alongside fellow socialite and childhood best friend Nicole Richie. She is also known for her 2004 tongue-in-cheek autobiography, several minor film roles (most notably her role in the horror film House of Wax in 2005), her 2006 music album Paris, and her work in modeling. As a result of several legal incidents, Hilton also served a widely publicized sentence in a Los Angeles County jail in 2007.

Hilton began modeling as a child, initially at charity events. When she was 19, she signed with Donald Trump\'s modeling agency, T Management. Hilton has also worked with Ford Models in New York, Models 1 Agency in London, Nous Model Management in Los Angeles, and Premier Model Management in London. She has appeared in numerous advertising campaigns, including Iceberg Vodka, GUESS, Tommy Hilfiger, Christian Dior, and Marciano. In 2001, Hilton began to develop a reputation as a socialite, being identified as "New York\'s leading It Girl" whose fame was beginning to "extend beyond the New York tabloids". She has appeared in several magazines, including the April 2004 issue of Maxim.