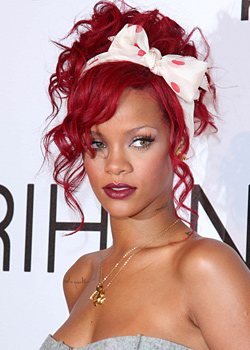 Rihanna is Barbadian artist and singer. She was born on February 20, 1988.

She began singing at around the age of seven. Rihanna moved to the United States at the age of 16 to pursue a recording career under the guidance of record producer Evan Rogers. In 2005 she released her debut studio album, Music of the Sun, which peaked in the top ten of the Billboard 200 chart and features the Billboard Hot 100 hit single "Pon de Replay". As of December 2010, Rihanna has sold more than 20 million albums and 62 million singles worldwide.